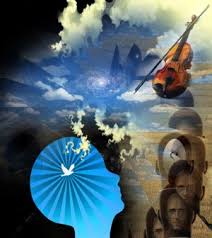 On the other hand, however, it is far more than that, for it contains within it probable variations of that universe — from the most cosmic scale, say, down to probable versions of the most minute events of any given physical day. 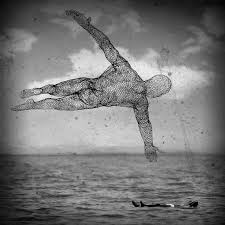 In Conacious-mind-2 thoughts instantly form patterns. They are the “natural elements” in that psychological environment that mix, merge, and combine to form, if we will, the psychological cells, atoms, and molecules that compose events. In those terms, the physical events that we perceive or experience can be compared to “psychological objects” that appear to exist with a physical concreteness in space and time. Such events usually seem to begin somewhere in space and time, and clearly end there as well. 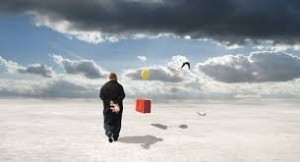 We can look at an object like a table and see its definitions in space. To some extent we are too close to psychological events to perceive them in the same fashion, of course, yet usual experience seems to have a starting point and a conclusion. Instead, experienced events usually involve only surface perceptions. We observe a table’s surface as smooth and solid, even though we realize it is composed of atoms and molecules full of motion.

In the same way we experience a birthday party, an automobile accident, a bridge game, or any psychological event as psychologically solid, with a smooth experienced surface that holds together in space and time. Such events, however, consist of indivisible “particles” and faster-than-light perceptions that never show. In other words, they contain psychic components that flow from Conscious-mind-2 into Conscious-mind-1. 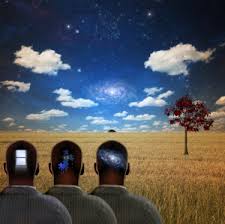 Any event, therefore, has an invisible thickness, a multidimensional basis. Our skies are filled with breezes, currents, clouds, sunlight, dust particles and so forth. The sky vaults above the entire planet. The invisible [vault of] Conscious-mind-2 contains endless patterns that change as, say, clouds do — that mix and merge to form our psychological climate. Thoughts have what we will for now term electromagnetic properties. In those terms our thoughts mix match with others in Conascious-mind-2, creating mass patterns that form the overall psychological basis behind world events. Again, however, Conscious-mind-2 is not neutral, but automatically inclined toward what we will here term good or constructive developments. It is a growth medium: Constructive or “positive” feelings or thoughts are more easily materialized than “negative” ones, because they are in keeping with Conscious-mind-2’s characteristics.

If that were not the case, our own species would not have existed as long as it has. Nor would the constructs of civilization — art, commerce, or even technology — have been possible. Conscious-mind-2 combines order and spontaneity, but its order is of another kind. It is a circular, associative, “naturally ordering process,” in which spontaneity automatically exists in the overall order that will best fulfill the potentials of consciousness.

In those terms there is “an ideal” psychological pattern to which we are oneself intimately connected. The inner ego constantly moves us in that direction. On the other hand, that pattern is not rigid, but flexible enough to take advantage of changing circumstances, even as a plant will turn toward the sun though we move it from room to room while the sunlight varies its directions. The inner ego does not exist in time as we do, however, so it relies upon our assessment of situations with which our reasoning is equipped to cope. 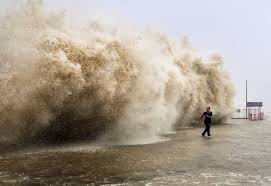 Obviously there are objects of all sizes, durability, and weight. There are private objects and public ones. There are also “vast psychological objects,” then, sweeping mass events, for example, in which whole countries might be involved. There are also mass natural events of varying degrees, as say, the flooding of large areas. Such events involve psychological configurations on the part of all those involved, so that the inner individual patterns of those lives touched by each such event have in one way of another a common purpose that at the same time serves the overall reality on a natural planetary basis. In order to endure, the planet itself must be involved in constant change and instability. I know it is difficult to comprehend, but every object that we perceive — grass or rock or stone — even ocean waves or clouds — any physical phenomenon — has its own invisible consciousness, its own intent and emotional coloration. Each is also endowed with pattern toward growth and fulfillment — not at the expense of the rest of nature, but to the contrary, so that every other element of nature may also be completed.

At certain levels these intents of man and woman and nature may merge. I am speaking in very simple terms now, and yet those involved in a flood, for example, want the past washed away, or want to be flooded by bursts of vital emotions such as disasters often brings. They want to feel a renewed sense of nature’s power, and often, though devastated, they use the experience to start a new life. 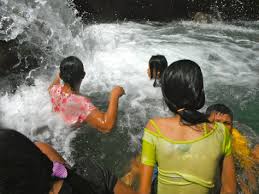 Those with other intents will find excuses to leave such areas. There will be, perhaps, a chance meeting that will result in a hasty trip. On a hunch someone else might suddenly leave the area to find a new job, or decide to visit a friend in another state. Those whose experiences do not merge with nature’s in that regard will not be part of that mass event. They will act on information that comes to them from Conscious-mind-2. Those who stay also act on the same information, by choosing to participate.

When we enter time and physical life, we are already aware of its conditions. We are biologically and psychologically predisposed to grow within that rich environment, to contribute on all levels to the fulfillment of our species — but more than this, to add our own unique viewpoint and experience to the greater patterns of consciousness of which we are part. 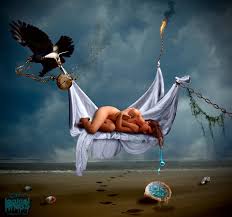 We are beginning to understand the intimate connections that exist in our physical environment. The psychological connections, however, are far more complicated, so that each individual’s dreams and thoughts interweave with every other person’s, forming ever-changing patterns of desire and intent. Some of these emerge as physical events, and some do not.