The idea of a dimensional shift is not new to humankind. Many of our world’s religions foretell similar events in their prophecies. Different words and concepts are used to explain the coming shift, but in fact, we may all be describing the same thing, with a different emphasis on particular points. Indeed, the breakthrough into higher dimensions is at the base of virtually all of our Earth’s spiritual systems. Certainly you the Blog Reader can confirm this statement for ourselves. Simply replace the words “Fourth Dimension” with “Heaven” or any other terms from any culture on our world denoting the Etheric Plane. 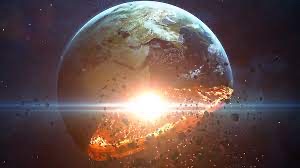 And again, these portals to the higher dimensions open to humankind very infrequently. The coming shift, for instance, will occur at the end of a many-thousands-of-years cycle. It has been foretold in the scriptures of indigenous peoples, such as the Mayan and Hopi. The symbolism depicted in these prophecies, I might add, is a great deal more accurate than some of the Christian stories. Yet, as I said, we may be all describing the same event, merely with a particular cultural emphasis on dates, related gods and goddesses, and so on. 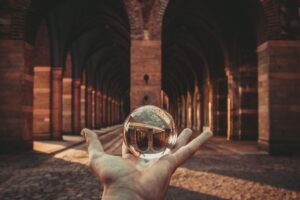 Now the world over, as we create this manuscript, all of humankind is being readied for this event. Other Light Bodies conversant in the cultures assigned to them, are bringing their collectives of humans into a witnessing of the precursor events that will herald the Fourth-Dimensional Shift. You know by now what I am speaking about, if you are paying attention at all to my words. The Earth Changes – floods, hurricanes, tornadoes, glacier melting are the heralds to the shift. The turmoil of human thought is creating these changes. In a way, we as a race are setting ourselves up for a very positive or very negative experience here with the shift. There is always the probability that we will allow conditions to deteriorate to such a degree that there will be no turning back and we will destroy ourselves with our own negative thoughts. 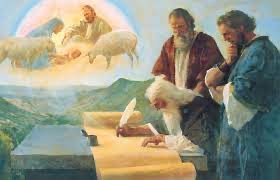 However, humans are quite fond of saving themselves from the brink of disaster, as is also documented in many of our spiritual scripts. Whatever the outcome, know that the Guides are watching and will intercede if and when they can. Again Laws of Non-Interference prohibit certain types of intervention. These messages I am conveying are a subtle type of intervention. Dramatic “rescue efforts” are obviously not allowed. We must learn our lessons as a race and as individuals.
When we learn how to access our Energy Personality and other Guides, we will experience firsthand what I am describing. When we are experiencing the free flow of divine information into our consciousness, we will eventually dispense with the need for continually challenging the divine source as to veracity and specifics. 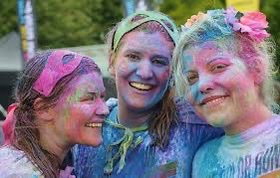 We will no longer require proof, for we will be LIVING our proof. We will no longer require prophecy, for we will be LIVING the prophecy. These dramatic transformations are already underway for the Blog Reader, and to some degree for every other human on our planet. The spiritual revolution of human and Earthly consciousness has begun. The Soul Self is making itself known. As this manifestation develops, visionaries from all spheres of activity on our world will step into leadership roles. Now we might ask, “Not necessarily.” They will, for the most part, “Will they be elected into these roles?” I would answer, “Not necessarily.” They will, for the most part, “assume” these roles. In the West, as I have mentioned before , our political processes will soon be rendered obsolete, as the citizens of Earth take back the power to govern themselves.