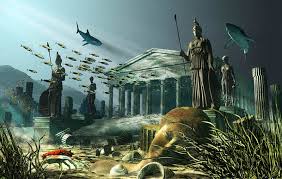 They are psychic yearnings toward the ideal civilization–patterns within the psyche, even as each fetus has within it the picture of its own most ideal fulfillment toward which it grows.

Atlantis is a land that we want to inhabit, appearing in our literature, our dreams, and we fantasies, serving as an impetus for development. It is real and valid. In our terms it is not “yet” physical fact, but in some ways it is more real than any physical fact, for it is a psychic blueprint. 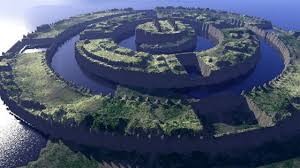 It carries also, however, the imprint of our fears, for the tales say that Atlantis was destroyed. We place it in our past while it exists in our future. Not the destruction alone, but the entire pattern seen through the framework of our beliefs. Besides this, however, many civilizations have come and gone in somewhat the same manner, and the “myth” [of Atlantis] is based somewhat then on physical fact in our terms. 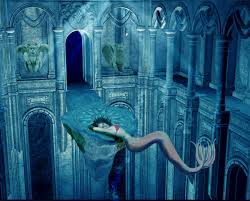 The species then moves into its own new houses. Atlantis is the  story of a future probability projected backward into an apparent past, of focus point for consciousness. At our level we think it is divided into areas of land and water–continents and oceans, islands and peninsulas, cities and woods–because that is all we perceive. our consciousness is tuned in to frequencies of perception that gives us that impression. A cat’s world, or an insect’s or a plant’s, are each far different, yet equally valid. 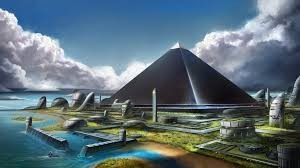 As simply as I can explain, our planet is also “divided” into time and probability areas. So many civilizations exist at once, then, and there are certain bleed-throughs. in our terms some civilizations are real and perceivable, and some are not.