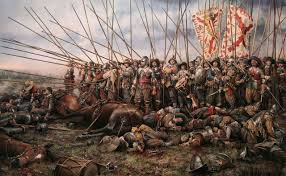 Yet for centuries Christianity provided a context accepted by large portions of the known world, in which experience could be judged against very definite “rules” — experience once focused, chiseled, and yet allowed some rich expression as long it stayed within the boundaries set by religious dogma. 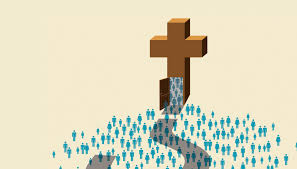 If a man or woman was sinner, still there was a way of redemption, and the immortality of the soul went largely unquestioned, of course. There were set rules for almost all kinds of social encounters and religious experiences. There were set ceremonies accepted by nearly all for death and birth, and the important stages in between. Church was the authority, and the individual lived out his or her life almost automatically structuring personal experience so that it fit within the accepted norm.

Within those boundaries, certain kinds of experience flourished, and of course others did not. In our society there is no such overall authority. The individual must make his or her own way through a barrage of different value systems, making decisions that were largely un-thought of when a son/daughter followed his or her father’s trade automatically, for example, or when marriages were made largely for economic reasons. 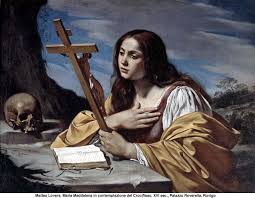 So our present experience is quite different than that of those forefathers who lived in the medieval world, say, and we cannot appreciate the differences in our [present] subjective attitudes, and in the quality, as well as the kind of, social intercourse that exists now. For all its many errors, at its best Christianity proclaimed the ultimate meaning for each person’s life. There was no question but that life had meaning, whether or not we might agree as to the particular meaning assigned to it.

Men’s and women’s dreams were also different in those times, filled far more with metaphysical images, for example, more alive with saints and demons — but overall one framework of belief existed, and all experience was judged in its light. Now, we have far more decisions to make, and in a world of conflicting beliefs, brought into our living room through internet, newspapers and television, we must try to find the meaning of our life, or the meaning of life. 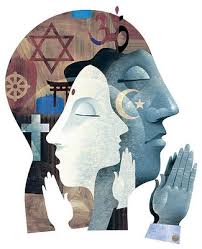 We can think in terms of experiments. We may try this or that. We may run from one religion to another, or from religion to science, or vice versa. This is true in a way that was impossible for the masses of the people in medieval times. The improved methods of communication alone mean that we are everywhere surrounded by varying theories, cultures, cults, and schools, In some important areas this means that the mechanics of experience are actually becoming more apparent, for they are no longer hidden beneath one belief system.

Our subjective options are far greater, and yet so of course is the necessity to place that subjective experience into meaningful terms. If we believe that we do indeed form our own reality, then we instantly come up against a whole new group of questions. If we actually construct our own experience, individually and en-masse, why does so much of it seem negative? We create our own reality, or it is created for us. It is an accidental universe, or it is not. 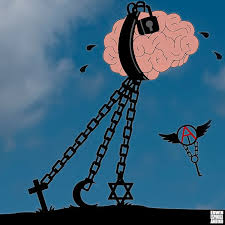 Now in medieval times organized religion, or organized Christianity, presented each individual with a screen of beliefs through which the personal self was perceived. Portions of the self that were not perceivable through that screen were almost invisible to the private person. Problems were sent by God as punishment or warning. The mechanics of experience were hidden behind that screen.

The belief of [Charles] Darwin and of [Sigmund] Freud alike have formed together to give us a different screen. Experience is accepted and perceived only as it is sieved through that screen. If Christendom saw man and woman as blighted by original sin, Darwinian and Freudian views see them as part of a flawed species in which individual life rests precariously, ever at the beck and call of the species’ needs, and with survival as the prime goal — a survival, however, without meaning. The psyche’s grandeur is ignored, the individual’s sense of belonging with nature eroded, for it is at nature’s expense, it seems, that he or she must survive. One’s greatest dreams and worst fears alike become the result of glandular imbalance, or of neuroses from childhood traumas. 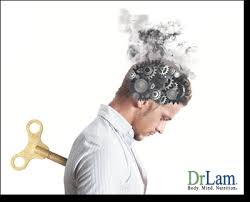 Yet in the midst of these beliefs each individual seeks to find a context in which his or her life has meaning, a purpose which will rouse the self to action, a drama in whose theme private actions will have significance.

There are intellectual values and emotional ones, and sometimes there are needs of an emotional nature that must be met regardless of intellectual judgments. The church provided a cosmic drama in which even the life of the sinner had value, even if only to show God’s compassion. In our society, however, the sterile psychic environment often leads to rebellion: People take steps to bring meaning and drama into their lives, even if intellectually they refuse to make the connection. 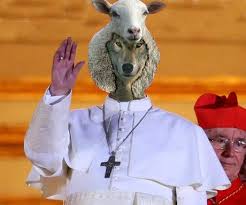 When God went out the window for large masses of people, fate took His(or her) place, and volition also became eroded.

A person could neither be proud of personal achievement nor blamed for failure, since in large measure his or her characteristics, potentials, and lacks were seen as the result of chance, heredity, and of unconscious mechanisms over which the or she seemingly had little control. The devil went underground, figuratively speaking, so that many of his or her mischievous qualities and devious characteristics were assigned to the unconscious. Man and woman was seen as divided against oneself — a conscious figurehead, resting uneasily above the mighty haunches of unconscious beastliness. He or she believed oneself to be programmed by his or her heredity and early environment, so that it seemed he must be forever unaware of his own true motives.

Not only was he or she set against oneself, but he or she saw oneself as a part of an uncaring mechanistic universe, devoid of purpose, intent, and certainly a universe that cared not a whit for the individual, but only for the species. Indeed, a strange world. 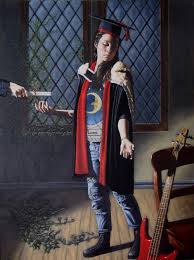 It was in many respects a new world, for it was the first one in which large portions of humanity believed that they were isolated from nature and God, and in which no grandeur was acknowledged as a characteristic of the soul. Indeed, for many people the idea of the soul itself became unfashionable, embarrassing, and out of date. Here I use the words “soul” and “psyche” synonymously That psyche has been emerging more and more in whatever guise it is allowed to as it seeks its vitality, its purpose and exuberance, and as it seeks out new contexts in which to express a subjective reality that finally spills over the edges of sterile beliefs.

The psyche expresses itself through action, of course, but it carries behind it the individual — and it automatically attempts to produce a social climate or civilization that is productive and creative. It projects its desires outward onto the physical world, seeking through private experience and social contact to actualize its potentials, and in such a way that the potentials of others are also encouraged. It seeks to flesh out its dreams, and when these find no response in social life, it will nevertheless take personal expression in a kind of private religion of its own. 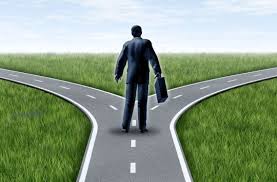 Basically, religion is an activity through which man and woman attempts to see the meaning of his or her life. It is a construction based on deep psychic knowledge. No matter what the name it might go by, it represents man’s and woman’s connection with the universe.