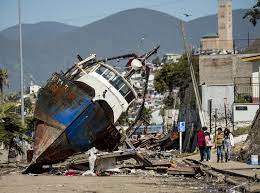 Outer space is where we all are. Our society does not understand that, so we cannot go in that direction as much as I would like to. Many of our buildings, especially our ancient ones, comes from memories of other dimension, many of the Greek temples, pyramids etc. These were all bleed-throughs of mankind’s/womankind’s memory that were recreated on Earth. Some of these, as in the pyramids, have a specific function with relation to our evolution. I will elaborate on this further at some future blog. 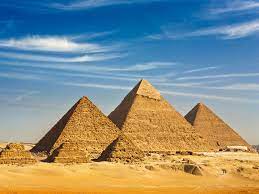 Mankind/womankind is only using a small portion of his/her abilities in his/her creative process on our planet, but we are always and forever creating. I wish to stay within the framework of that belief system at present because I realize our beliefs will not change overnight. It will be a slow process, male or female it makes no difference. We are all souls and soul has no gender. The physical body is merely a vehicle for expression and communication that we have chosen to experience out lives. 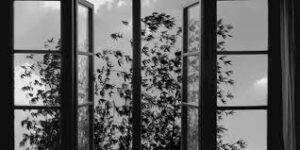 In our terms, in our frame of time, in time as we know it, as these things don’t happen overnight. Now mankind/womankind is rapidly moving into his/her spiritual evolution and is becoming more and more aware every day of the true nature of his/her existence. But this is unheard of in the millions of years of our evolution. It is necessary to speed up our evolution so that all of us will be able to make it into the fourth dimension. At this time in our twenty-first century, we are able to see the results of this as mankind/womankind is more open in his/her mind to learning about himself/herself than ever was before. He/she is moving in the right direction and our efforts have not been in vain for we are seeing the results with many of us. 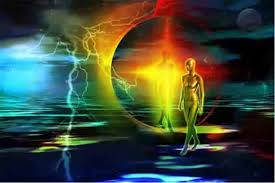 We are not doomed and gloomed for hellfire and damnation. Only a small percentage of the populace will not move into the unity of consciousness dimension. That cannot be helped because there are those who will not seek the light no matter what they are told. They will hang onto their materialistic old ways for dear life although it will not be much of a life when the rest of the planet has moved into the fourth dimension and they are left behind to embrace the materialistic entrapments of the third dimension along with all of its fears and negativity. Most of mankind/womankind is striving as we speak to move in that direction, whether they are consciously aware of it or not. 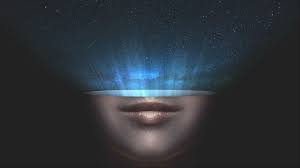 We are aware of thoughts coming to us. The rest of mankind/womankind are also receiving thoughts. Some are aware and some are not. The majority are just beginning their awakening. They know that something is changing their system of beliefs. They’re not sure what it is but they feel the change happening. We all participated in the creation and survival of our beautiful Earth and do not want to see it destroyed by the use of nuclear weapons. That is our greatest threat at present along with our abuse of the ecological systems that were created to keep the planet stable. 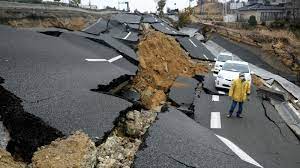 We know earthquakes are Earth’s way of shifting her skin and giving mankind/womankind subtle warnings that she will not tolerate our flagrant abuses of her. 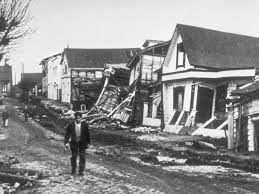 There is a system of beliefs that after a rainy season there will be movement, and there usually is because it is anticipated. The big April 1906 Earthquake left within the minds of the citizens of that region the possibility that the spring would always bring more Earthquakes and has been a belief for sometime amongst the masses in that area. It would be hard to change that thinking since mankind/womankind creates these Earthquakes to reinforce those beliefs. 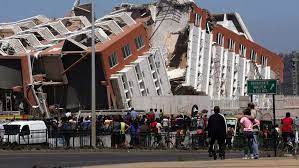 It is not hard to understand then why they happen. And of course we’ll have our oh-so-knowledgeable scientists inject their interpretation of the event and do their forecasting thus preparing mankind/womankind for the next one. If we look back at the most recent big Earthquake in California, we can easily see that it was projected long before it happened. Systematically, through the media the so-called “big one” was on its way any day. As people subscribed to those beliefs they manifested its reality. 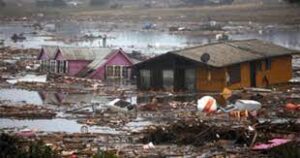 There could be others depending on what our media decides to put into the minds of our species. Earth on her own also likes to take care of herself with messages to humanity to stop destroying the precious outer and inner layers of her being. Oftentimes Earthquakes can be one or a combination of both depending on the situation and the information being plugged into the minds of mankind/womankind.