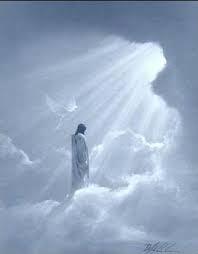 According to ordinary teaching Christ’s resurrection from the dead took place on Easter Sunday, the third day following his crucifixion (on Friday), while his ascension into heaven transpired at an indefinite time — up to 40 days later, as stated in the writings of St. Luke in the Acts of the Apostles (AA 1:10). Christ’s resurrection and ascension took place of the same day is contrary to popular belief. 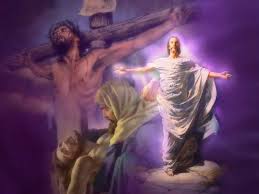 Telescope the two events into one or refer to them together, as if the distinction didn’t exist . Implying that the ascension was the main issue in the Christ story, rather than the resurrection, or telling us that the two events are so intertwined thematically as to be treated as one.

Of the four Gospels (according to Mark, Matthew, Luke, and John), some scholars believe that Luke and John can be read as stating that Christ’s resurrection and ascension took place on the same day. Yet in Acts, Luke postulates the 40-day interval between the two events. (Originally Luke composed his Gospel and Acts as one treatise; the two were separated early in the second century.) Out of such contradictions as those implied in Luke’s case, however, confusion and opposing opinions reign when one studies the Gospels and related material. Christ himself left no written records, nor are there any eyewitness or contemporary accounts of his life. Most authorities still believe that the Gospels were written between A.D. 65 and 110. Since Christ was presumably crucified around A.D. 30, this means that some 35-40 years passed before the advent of Mark’s account. There are many consistencies in the Gospels, but also according to Matthew and John are now being questioned. A study of the New Testament books alone can quickly lead one into a maze of questions: Why isn’t the resurrection itself described? Why are there so few references to the ascension? Matthew doesn’t mention it at all in his Gospel, for example; and Paul alludes to it only once (1 Timothy 3:16) in his writings. Is the Gospel according to Luke merely schematic, rather than chronological? If time (as much as 40 days) did elapse between Christ’s resurrection and ascension, where was he physically during all of that period, other than on the few occasions cited in the Gospel and in Acts, when on various occasions he revealed himself to the women who discovered his empty tomb, to the apostles, and to some others? Sometimes Christ appeared as an apparition — “We could not have a world in which the newly risen dead mixed with the living. An existence in a spiritual realm had to follow such a resurrection.” 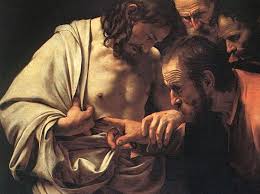 In my opinion, I am not saying that Christ did rise from the dead or ascend into heaven, but I am referring to Christianity’s interpretation of its own creative Christ story. I maintain that Christ wasn’t crucified to begin with, in the facts of history, there was no crucifixion, resurrection, or ascension. In terms of history, there was no biblical Christ. In the terms of the biblical drama, however, Christ was crucified.

It was the Jewish tradition that nourished the new religion in its early stages. Christ, as we know, was a common name, so when I say that there was a man named Christ involved in those events, I do not mean to say that he was the biblical Christ. His life was one of those that were finally used to compose the composite image of the biblical Christ.