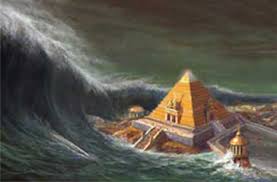 There were intelligent human beings far earlier than is supposed; and because we assume a one-line kind of progression from an apelike creature to man, we ignore any evidence that shows to the contrary. There were highly developed human beings with elaborate civilizations, existing simultaneously with what we might call animal kingdoms–that is, more or less organized primeval animal tribes, possessing their own kind of ‘primitive’cultures.

Those animal kingdoms, some of them, utilized tools. Their senses were extremely acute, and their ‘cultures’ dealt with a kind of transmission of knowledge that made a highly complicated vocabulary unnecessary. 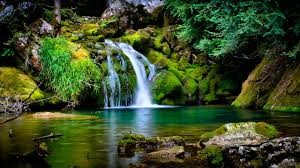 Those species did not vie for domination of the earth, but simply shared the same general environment with the more sophisticated groupings beyond their own perimeters. There were many highly technical human cultures, but in our terms not on a global scale. The legend of Atlantis is actually based upon several such civilizations. No particular civilization is the basis, however. Apart from that, the legend as picked up, so to speak, by Plato was a precognition of the future probability, an image of an inner civilization of the mind actually projected outward into the future, where it would be used as a blueprint–the lost grandeur, as in other terms, Eden became the lost garden of paradise.

Some archaeological discoveries about the past are not discovered in our present because they do not exist yet. Now such concepts are difficult to explain, but in certain terms, the ruins of Atlantis have not been found because they have not been placed in past yet, from the future. 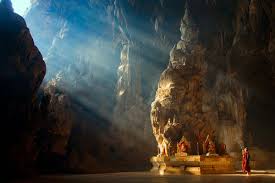 In far greater terms, time is simultaneous, so those civilizations exist along with our own. Our methods of dating the age of the earth are very misleading. 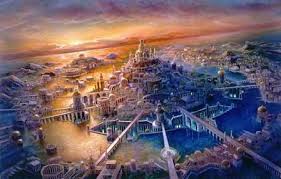 In our terms, from our present we ‘plant’ images, tales, legends, ‘at any given time.’ That seem to come from the past, but are actually like ghost images from the future, for us to follow or disregard as we choose.

‘Atlantis and Garden of Eden’ are the same in that regard.

When we think that perhaps our species came from another planetary system, in time terms, then of course we are til dealing with old concepts. In our usual terms of thinking, the earth does not exist at all– not if we are considering it as a chunk of matter occupying a certain position in a physical cosmos. It is really futile to question whether the universe came from a big boom, or is constantly expanding, as an idea or a dream does. I am not saying the universe does not exist–only that it does not exist in the way that it seems to us 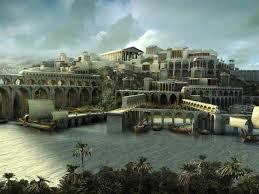 All That Is creates its reality as it goes along. Each world has its own impetus, yet all are ultimately connected. The true dimensions of a divine creativity would be unendurable for any one consciousness of whatever import and so that splendor is infinitely dimensionalized worlds spiraling outward with each’moment’ of a cosmic breath; with the separation of worlds a necessity, and with individual and mass comprehension always growing at such a rate that All That Is multiplies itself at microseconds building both pasts and futures and other time scales we do not recognize. Each is a reality in itself, with its own potential as, and with no individual consciousness, however minute, ever lost. 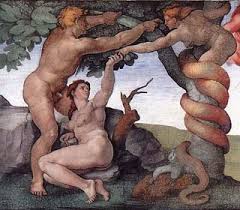 In that kind of framework, Atlantis exists both in our past and future, a probable world that some of us will choose from a model placed in the past of our future- partially based upon fact, in our terms, but within its greatest validity lying in its possibilities.