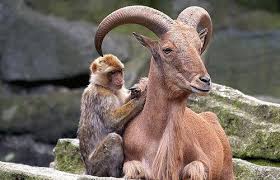 The picture of man, woman, animals, and nature depicted in movies, is the only possible portrayal of reality that could be logically shown, considering the beliefs upon which the premise rests. 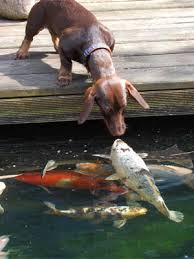 The environment, man, woman and the animals are all characterized as ferocious, hostile to each other, each one determined to attain survival at the expense of the other. Man and woman could not have existed under the conditions fostered in most movies — nor for that matter could any of the animals. Despite any other theories to the contrary, the world, all of its physical aspects, and all of its creatures depends upon an inborn cooperation. The species do not compete with each other over a given territory, no matter how frequently that appears to be the case. 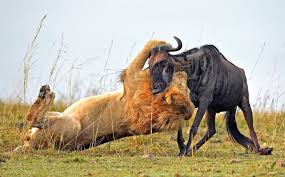 Science has promoted the idea that hostility is a constant attribute of nature and all of its parts, while it sees the cooperating characteristics of nature as rather infrequent or extraordinary — but certainly outside of the norm. 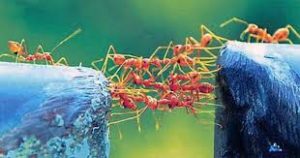 Even biologically on the most microscopic of levels, there is a vast inbred network of cooperating activity, and these unite the animals and mineral kingdoms with all the other aspects of earthly existence. Each organism has a purpose, and it is to fulfill its own capabilities in such a way that it benefits all other organisms. 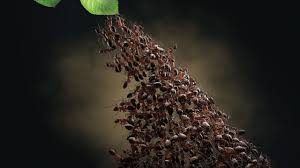 Each organism is therefore helped in its development by each and every other organism, and the smooth operation of one contributes to the integrity of all. Men and women did not begin hunting animals until certain groups of animals needed a way to control their own population. As I have said before in previous blogs, men, women and animals learned from each other. They were immediate allies, not enemies. 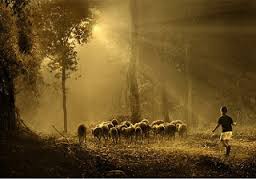 Men and women also domesticated animals almost from the very first, so that men, women and animals both did each other a service — they worked together. The stability of planetary life depended above all upon this basic cooperation, in which all species pooled together. 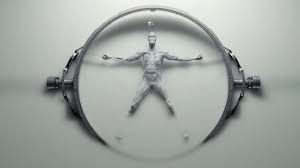 Man’s and woman’s brain was always the size that it is now, and the animals existed in the forms by which we know them today. No animal — or virus — is truly extinct. All exist in an inner web-work, and are held in the memory of an overall earthly knowledge — one that is biological, so that each smallest microbe has within it the imprinted biological messages that form each and every other microbe. The existence of one presupposes that existence of all, and the existence of all is inherent in the existence of one. 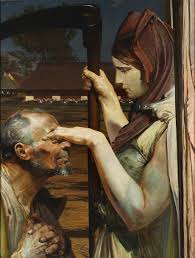 In those early days men and women did live to ages that would amaze today — many living to be several hundred years old. This was indeed due to the fact that their knowledge was desperately needed, and their experience. They were held in veneration, and they cast their knowledge into songs and stories that were memorized throughout the years. 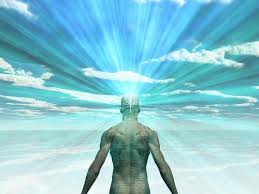 Beside this, however, their energy was utilized in a different fashion than ours is. They alternated between the waking and dream states, and while asleep they did not age as quickly. Their bodily processes slowed. Although this was true, their dreaming mental processes did not slow down. There was a much greater communication in the dream state, so that some lessons were taught during dreams, while others were taught in the waking condition. 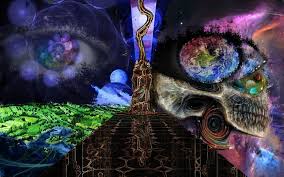 Now: our dreams represent the larger rooms of beliefs into which we are emerging. The many people, and connecting rooms, represent the new structure of vaster beliefs that are all interconnected while we are still, however, concentrating upon the private creative self, and from that viewpoint viewing the world — hence our private corner in which we paint, as from that corner of private creativity we view the large interacting structure of new beliefs. 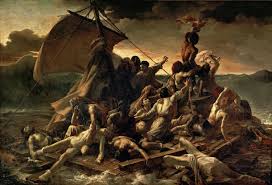 The Bible is a conglomeration of parables and stories, intermixed with some unclear memories of much earlier times .The bible that we recognize — or that is recognized — in not the first however, but was compiled from several earlier ones as man and woman tried to look back, so to speak, and recount his and her past and predict his and her future.

Such bibles existed, not written down but carried orally, as mentioned some time ago, by the Speakers. It was only much later that this information was written down, and by then, of course, much had been forgotten. This is apart from the fact of tampering, or downright misinformation as various factions used the material for their own ends. 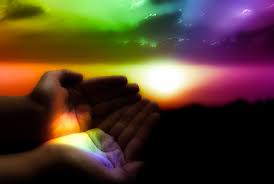 The paternal feelings of our dreams, allow us to expand our experience while in the dream state. This also presents us with an example of the ways in which early man and woman expanded his and her own knowledge and experience in the dream state. In the same way, as mentioned in a previous blog, man and woman also had dream images of actual geographical locations to which he or she had not physically traveled.