Prepare mankind and womankind for the impending shift of consciousness on our planet and questioning our beliefs, analyzing our thoughts and opening up our minds to our greater reality. As we awaken we will be opened to a new spiritual kind of existence – a unity with the rest of mankind and womankind – and released from our spiritual slumber. A mass continuity of consciousness is about to unfold and the belief systems of the world are in the dawn of an unprecedented historical change. 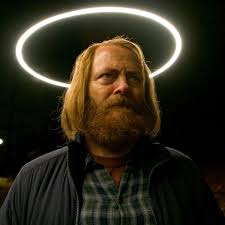 The Christ trilogy Paul or Saul as he was also known. Saul and the Jesus Entity Spiritual Hierarchy and are teaching among us along with several others. However, due to certain systems of probabilities on our planet, The Christ Entity himself has also emerged in our world today as a man. This personality will form a new psychic entity. The entity is now preparing to emerge fully into our world as prophesied as the “Second Coming” of the Christian religion.

That entity will not be coming at the end of our world as we have greatly distorted it, but to guide humanity in our world now. He has returned to set up a new system of thought, to reawaken humanity to its relationships with each other and to realign Christianity as it has greatly distorted the spiritual ideas that were originally to be implemented for the evolution of humanity. He has come into our world as a world Teacher and with him he brings many members of our planet’s Hierarchy that will help in the restructuring of our world. He comes as a multi-dimensional personality and will not be oriented in terms of one sex, one color or one race. He will manifest himself at will in many different forms thus exhibiting the multidimensional nature of his being. He will clearly reveal methods enabling each individual to be intimately in contact with their own being and that of the Creator. He will be guiding humanity to use those inner senses of their true spiritual nature and recognize the multidimensional nature of their reality. As humans evolve our awareness, we will be confronted with our actions and memories of all our lives. A great realignment of the relationship with our souls and with each other will be revealed to all. This is happening now and he will soon emerge publicly and reveal himself.